The war with Russia, which began in 2014, was a turning point in the development not only of Ukrainian society as a whole, but also of the domestic LGBTQ community. In opposition to the ideology of the Russian World, our society and state began to realize and prove in practice their belonging to modern Europe with its values and principles.

The new stage of Russian aggression has only led to greater unity of the Ukrainian nation, which allows us to hope for rapid progress in our country’s integration into the Free World — in particular, in achieving equality for LGBTQ people who are now defending our common Homeland. 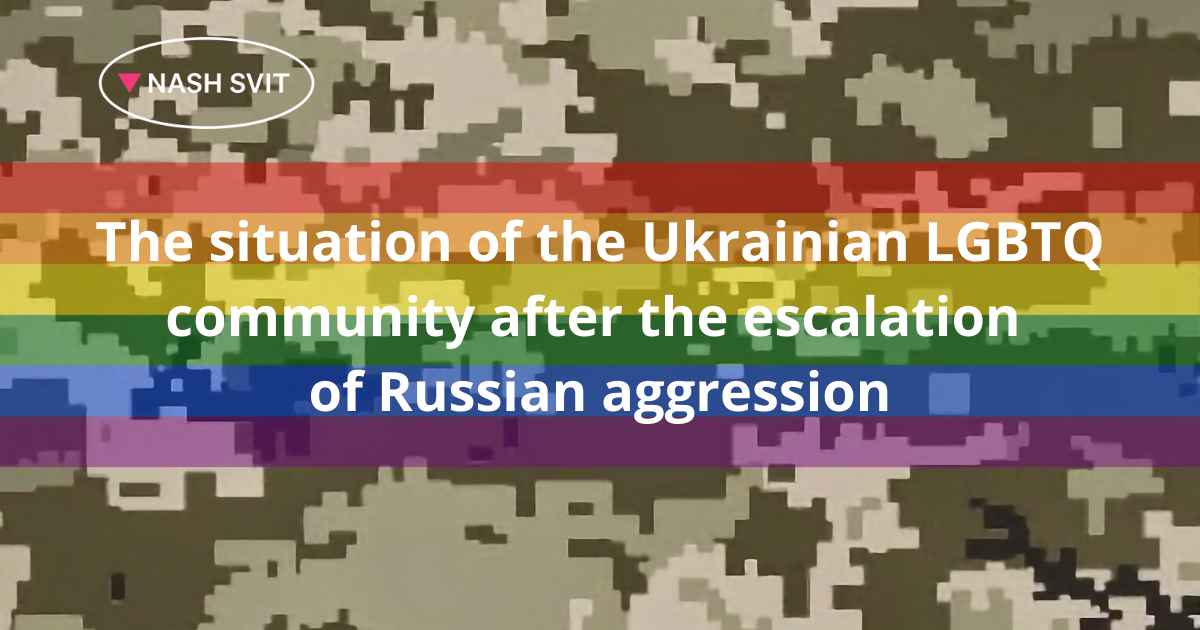