Hate crime is becoming an increasingly pressing issue for Ukrainian society. Since the beginning of 2018 the number of attacks on representatives of the LGBT community and ethnic groups has increased in Ukraine. Violence done includes a series of pogroms upon Roma camps and the murder of a 24-year-old Roma man – as well as the systematic disruption of human rights events and peaceful assemblies forgathering on gender and LGBT topics.

In addition we invite your attention to the indulgent permissive attitude of some representatives of some authorities to outright hate speech – evidenced by these representatives’ frankly homophobic and discriminatory public statements – jeopardizing people and communities who are potential objects of xenophobia.

At the same time some positive changes in law-enforcement have manifested: the March for Equality on the 17th of June 2018 was safe. Police submitted notice of suspicion of commitment a crime to the coordinator of nationalist organization “С14” after their attack on the Roma camp in Kyiv. Nonetheless, the general situation regarding impunity for hate crimes remains urgent and demands an increase in awareness and adherence to standards of human rights protection. Indeed, permissiveness of active intolerance exacerbates existing problems and contributes to new crimes – while fueling the atmosphere of fear and aggression in Ukraine that in general is challenging the democratic future of the state. So, it is most important that the Ukrainian government adheres to the centralized policy of combating hate crimes and reforming existing legislation and practice to be in line with non-discrimination standards.

The conference “Intolerance without Responsibility: Hate Speech & Hate Crimes in Ukraine“ is devoted to the development of propositions and suggestions for the authorities – fully anticipating their issuing better future political messages to society on how to regulate the hate crime situation on the legislative level and in practice, the mandatory inclusion of the topic in the national educational process, and raising awareness and informing the broader Ukrainian society.

Although all these policy approaches are currently being questioned by some politicians and some part of populations in the leading democratic countries, we Ukrainian civil society activists and human rights defenders are sure that Ukraine has a bright future comprised of a society that respects every citizen!

We say No to intolerance! YES to tolerance! This attitude is the guarantee of all citizens enjoying social progress under the power of our common state, when the state achieves compliance.

Participants to this conference are from vulnerable groups suffering from hate crimes in Ukraine, civil society activists and human rights defenders, mass-media journalists, representatives of Ukrainian authorities and friends and supporters of Ukraine from Europe and North America.

The event is organized by LGBT Human Rights Nash Mir Center and The Human Rights Information Center with the support of the Human Rights Fund of the Netherlands Ministry of Foreign Affairs, and the British Embassy in Kyiv. 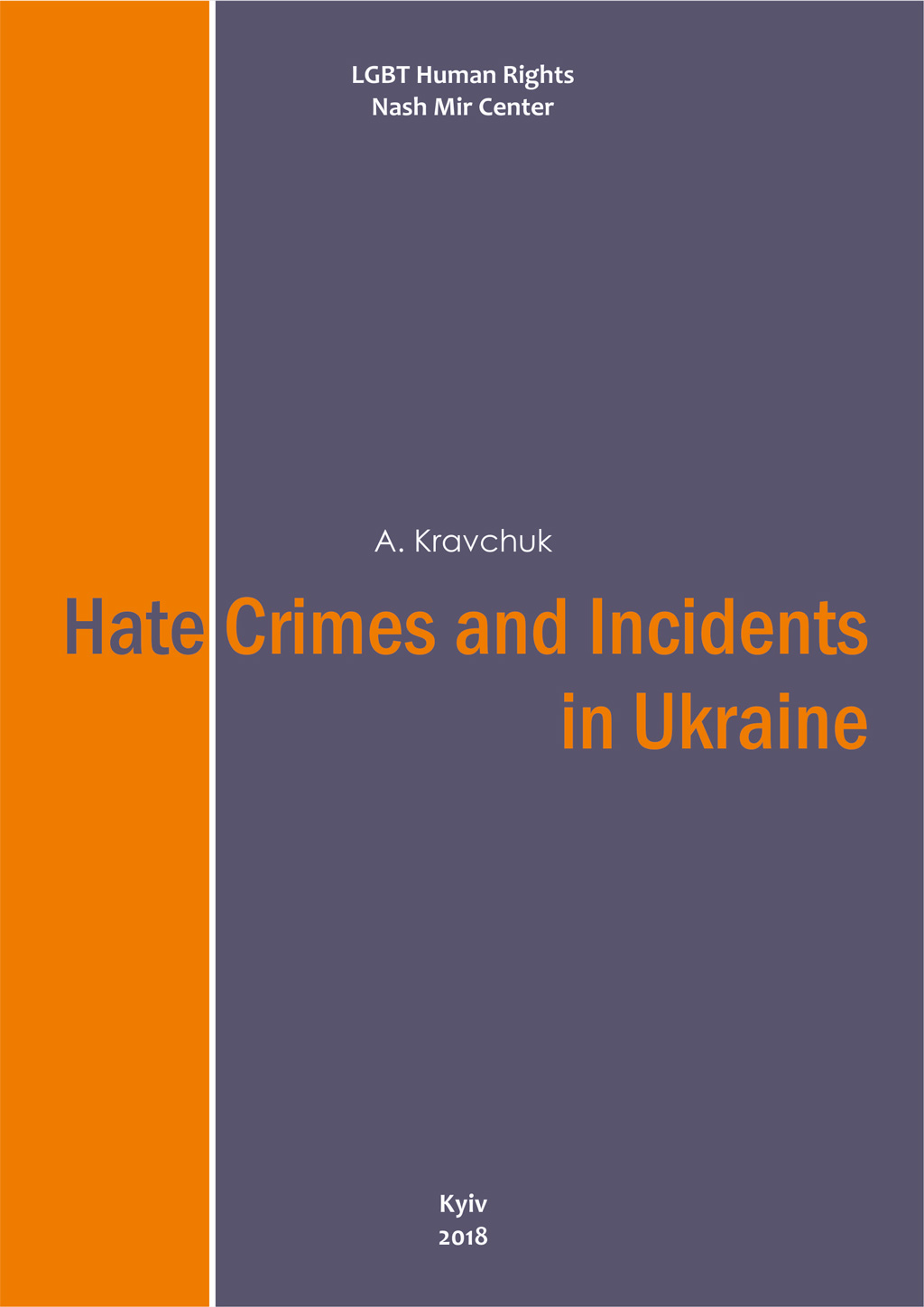 Hate crimes and incidents in Ukraine

The publication briefly analyzes and reflects the current situation with hate crimes and incidents in Ukraine on various grounds and towards various vulnerable groups: the legal framework, socio-historical context, trends and prospects for development. This publication is intended for general education of specialists and the public as well as provides practical recommendations for improving the situation in this area.