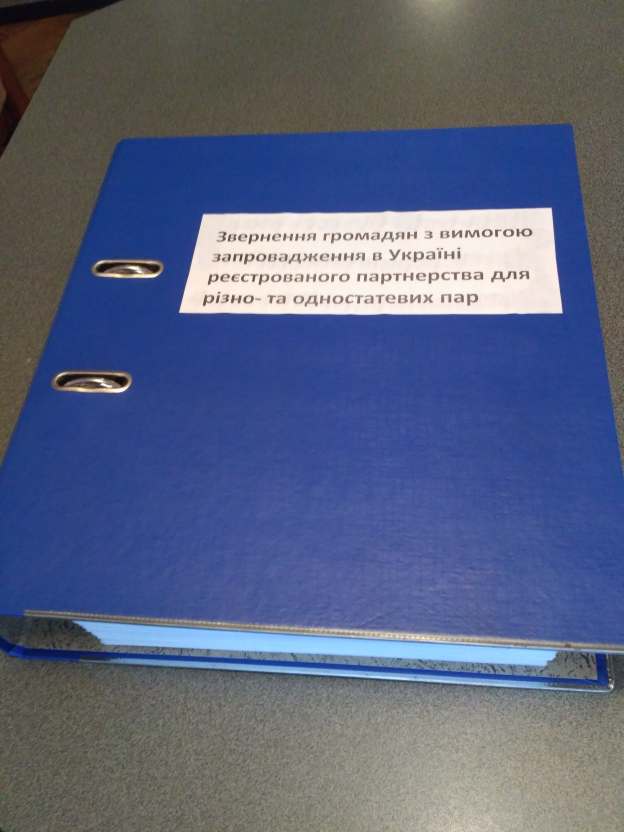 According to the Action Plan on human rights, as far back as in 2017 the Ukrainian government had to develop and consider a draft law on introduction of registered civil partnership for both opposite-sex and same-sex couples, taking into account property and non-property rights. Unfortunately, this did not happen, and now the Ministry of Justice actually proposes to abandon the implementation of this essential paragraph of the Action Plan in its entirety – referring to numerous appeals whose authors deny the equality of rights for LGBT persons and instead suggest adopting laws that directly contradict the Constitution and laws of Ukraine as well as its set international obligations. Therefore Nash Mir Center decided to conduct a public campaign in support of lawful civil partnership for same-sex couples with the purpose of demonstrating that this idea is still quite supported and demanded in Ukrainian society presently, and the government must not overlook, forget or bypass its commitments to human rights regarding LGBT people.

Recently we announced a public campaign inviting written appeals to the Cabinet of Ministers demanding them to develop the bill on registered partnership as it is provided for in the Action Plan on human rights. Within only ten days we managed to collect more than five hundred such appeals, which on February 12 were handed over to the Ukrainian government. In the next few days we received another half a thousand letters that we shall likewise forward to the Cabinet of Ministers of Ukraine – adding them to those there which authors have sent directly to the government, and whose number we cannot estimate. Procedurally, the Ministry of Justice now has about two weeks to officially inform us the results of their decisive consideration of these duly submitted appeals.

We thank all concerned citizens who responded as well as our supporters and our partners who participated in this campaign. We believe that although the achievement of full legal equality for LGBT people is a challenging task, we will eventually accomplish it through our ongoing common efforts!

LGBT Human Rights Nash Mir Center demands the legalization of civil partnership in Ukraine: we have sent official appeal to the Ukrainian Prime Minister, government authorities, Global Fund to Fight AIDS, Tuberculosis and Malaria, Governments of the UK, the Netherlands, Germany, Norway, France, the USA, Sweden, and the European Union and other stakeholders.