Since the beginning of the full-scale Russian invasion, the LGBTQ community, in general, has experienced the same problems as the rest of Ukrainian society, although there are also certain complications specific to LGBTQ people. In particular, a new problem related to martial law consists in the repeated cases of improper and discriminatory treatment by representatives of the police, Armed Forces, and Territorial Defense when checking the documents and personal belongings of LGBTQ people at checkpoints and other places, which were often accompanied by violence to LGBTQ people and other violations of their rights. 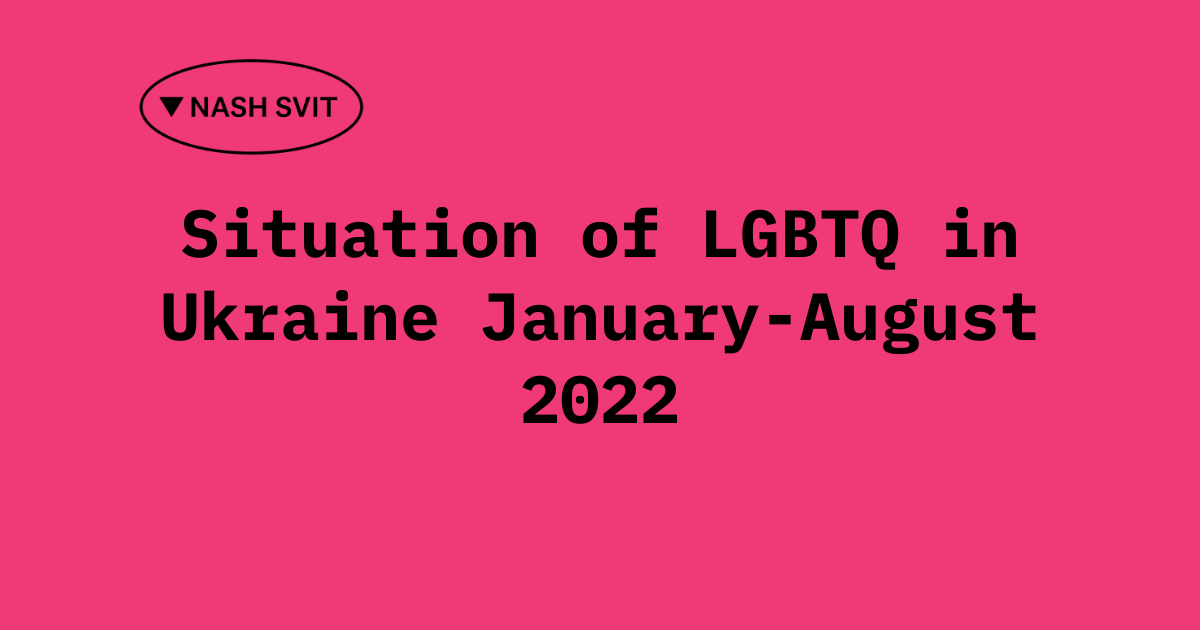