PROSPECTS ON LEGALIZATION OF SAME-SEX UNIONS IN UKRAINE 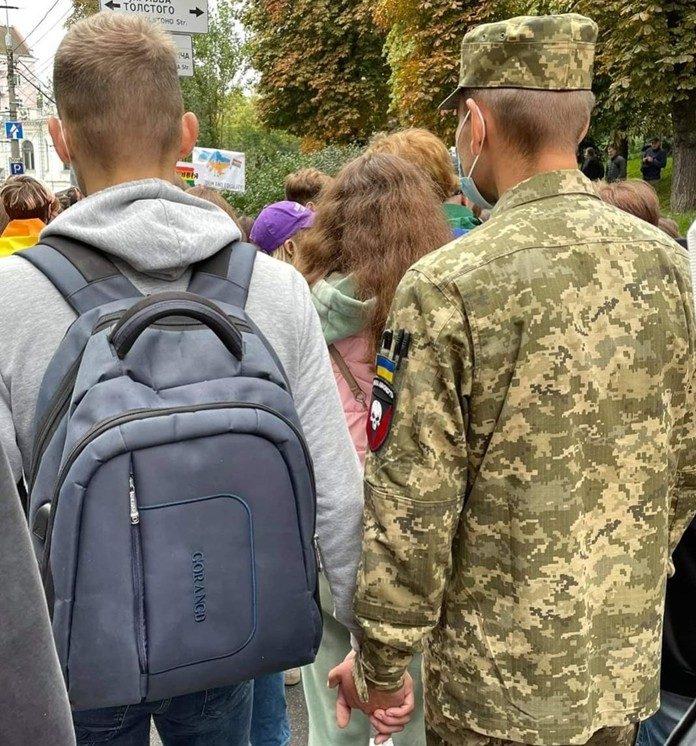 President Volodymyr Zelenskyi has replied a petition on legalization of same-sex marriages in Ukraine. He mentioned that the Constitution of Ukraine describes marriage as “based on free consent of man and woman” and may not be changed during the wartime. In the meantime, the President noted, the Ukrainian government “has worked out options for legalization registered civil partnership in Ukraine within the framework of activities on strengthening and provision of human rights and freedoms.” Taking this into account, President Zelenskyi applied to the Prime Minister of Ukraine “with a request to consider the issue raised in the electronic petition and to inform me about corresponding results.”

Such a reply demonstrates that the President of Ukraine avoids discussing and addressing the issue of same-sex marriages forwarding this to the government. At the same time, he confirms that the Ukrainian government is engaged in the development and promotion of a draft law on registered civil partnership available for same-sex couples that is intended to solve their most important legal problems.

As we are informed, the Ukrainian government, namely the Ministry of Justice, is not avoiding this task and is planning to make out such a bill till late 2023. The real problem, though, will be to persuade mostly conservative members of the Ukrainian parliament to support the bill. However, the ratification of the Istanbul Convention demonstrated that this is quite possible if the Ukrainian authorities understand the importance of the issue for the European integration process and improving the image of Ukraine before its Western allies and partners.

Nevertheless, the ongoing fierce opposition to the legalization of same-sex unions from the influential and extremely homo/transphobic leading Ukrainian churches makes this task rather difficult and undoubtedly requires a broad advocacy campaign aimed at Ukrainian society. Thus, we ask you to motivate the Ukrainian government to fulfil its obligations on the development and promotion of a relevant draft law and to support the advocacy campaign on legalization of same-sex civil partnership in Ukraine. Nash Svit Center has initiated development and start of such a campaign in cooperation with other organizations of civil society, LGBTQ friendly politicians, and the Ukrainian ombudsman in mid-Autumn 2022. Please send your requests and letters of support to the Ministry of Justice of Ukraine: https://www.kmu.gov.ua/en/yevropejska-integraciya/coordination/justice-and-rule-law/

You can also support our activities financially: https://gay.org.ua/en/donation/